Immigration is a sensitive subject in the United States to say the least. We are incessantly reminded of how we are a nation of immigrants, that multiculturalism is an inherent good, and that only economic prosperity can result from importing third-world peasants who take jobs from working Americans and drive down wages. If you are for it, that’s acceptable, but if you are against it, well, it had better be for an approved reason (See: Jason Richwine).

These days it is common knowledge that tens of millions of illegal aliens, virtually all of them Mexican, are “living in the shadows” within US borders. Every few years since president Reagan (that champion of conservatism that he was) granted amnesty to foreign invaders in 1986 the debate resurfaces on what to do with the new ones that invariably continue to arrive. A few months ago immigration talk heated up once again, starting with an analysis of the Republican presidential loss and demands for further “fairness” and “equality”. What a beautiful world it is that we see “Dreamers” and multinational corporations join hands to rid the world of these injustices!

The Democratic Party generally takes an open-borders approach, wishing to grant citizenship to all who apply, and even those who do not. Presumably they are motivated by morality and compassion. The idea here is that all immigrants are hard working people that are simply down on their luck and have the unfortunate circumstance of being born in the wrong place. They do not carry diseases, criminal backgrounds, or violent or subversive political motives. Immigrants have equal cultural values and intelligences, too. Really, they are all scientists and engineers who are just looking for a country that appreciates them.

Republicans take the closed-border approach to reach essentially the same conclusion. They oppose the current proposed “immigration reform” legislation only because there are not enough funds allocated for additional border security. They want to keep the illegal alien problem from recurring but they ultimately see immigration as a good. Cultural Marxism dictates that they must. Maybe they will even pick up some Hispanic support in future elections. Surely their corporate donors that want a giant pool of cheap labor have nothing to do with their decisions.

Conservatives and traditionalists should support actions against the immigration reform and amnesty legislation, both in the present and the future. The problem, though, is that the argument against it from the Republicans is being framed incorrectly. I do not care how high the fence is, how many new border patrol agents are hired, or how many new drones are put in the sky. I do not want millions of new third-worlders gaining the privileges of US citizenship.

If we are to believe that any human being from anywhere in the world is equal to any other and can become an authentic member of any society into which he plants himself (another topic entirely), then official policy should reflect a desire for the melting pot effect to take place. Bringing tens of millions of people from an entirely different culture out of the shadows (as well as their family members from back home) for integration into American life all at once provides almost zero opportunity for assimilation. We will see more of what we already have from America’s non-whites: enclaves of foreign cultures and the further destruction and rejection of Anglo-Saxon culture in the public square. Toss enough into the pot and it becomes a different dish entirely.

The United States is still struggling to maintain a healthy economy. Real unemployment is in the mid teens. Entitlement payouts have never been higher. How is anyone supposed to believe that the addition of 11 million people to the roles will occur without consequence, let alone be seen as a net benefit? Supposedly immigrants, especially Mexicans, are uncommonly hard working people. “They do the jobs that Americans won’t do!” Not so. The initial wave of workers take low-paying jobs because they have no skills and had absolutely nothing in their home country. As the population increases, the pool of available labor expands and wages plummet. It is now virtually impossible for a working man to provide a decent living for his family on his own.

With third-world immigrants also come third-world problems. Drug and tribal wars, violent crimes like honor killings and rape, and obscure diseases like tuberculosis and diphtheria are all commonplace among the third-world. These are the people that constitute the vast majority of the population we are taking in. Many do not even pretend to like this country, let alone assimilate. Look no further than the Tsarnaev brothers who detonated two bombs at the 2013 Boston Marathon after taking welfare payments for a couple years prior. Your hard-earned money at work.

If there is going to be a “dialogue” or “national conversation” about immigration in the US, then it needs to amount to more than Democrats telling us how we should think. There needs to be a real opposing position that considers actual consequences and leaves behind the tired narrative of America as a home for every piece of human trash that wants a paycheck. In politically correct language that would be the “tired, poor, wretched refuse” that seeks “opportunity”.

Back in the 1990’s, William S. Lind hosted a program on cultural conservatism that covered a broad range of topics. Here we are proud to feature the episode on Cultural ((((((((((Marxism)))))))))), or political correctness, explaining its origins, aims, and far reaching effects. 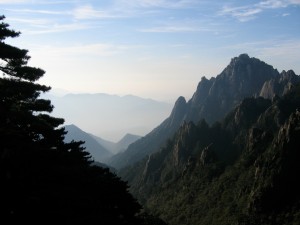 traditionalRIGHT is a journal devoted to “the Permanent Things,” as Russell Kirk called them. But we consider them here in a new context, a context defined not by current paradigms – Republican vs. Democrat, conservative vs. liberal, legislative battles over gun rights, abortion, gay marriage and so on – but in paradigms now beginning to emerge. These new and radically different paradigms will define the 21st century. They will also determine the battlefields on which the Permanent Things, the truths embodied in traditional Western culture, must be defended, and we intend, led to victory.

traditionalRIGHT wishes to outline what is being called a New Traditionalism. We are inspired by the traditions and ways of life of our ancestors and of the greater Western world. We aim to bring traditionalist thinking and understanding of human nature into the forefront of politics and society.

Our publisher, William S. Lind, knew Dr. Kirk and was also an associate of the late Paul M. Weyrich for more than twenty years. With Dr. William Marshner of Christendom College he introduced the concept of cultural conservatism in two books published in the 1980s. He co-authored Paul Weyrich’s last book, The Next Conservatism (St. Augustine’s Press, 2009). Mr. Lind is also widely known for his writings on military theory and public transportation. He authors a regular column on military affairs for The American Conservative magazine and serves as Director of the affiliated American Conservative Center for Public Transportation.

Our founders are men in their twenties. They conceived this journal, knowing that their generation will face a very different environment from that in which American politics have been conducted since the end of World War II. Paradigm shifts are not small changes.

Hence, again, the purpose of this journal: to perceive these paradigm shifts as early as possible, and to ready the forces of traditionalism to operate and triumph within them. This is no easy task. Many of the paradigm shifts that will make 21st century America a radically different place have not yet begun to emerge.

But as another of our mentors, Colonel John Boyd, stressed, whoever can orient first and most accurately has a great advantage. If traitionalRIGHT succeeds in orienting traditionalists and defenders of the West to emerging paradigms before our culture’s enemies can do so, it will have accomplished all we hope for it.